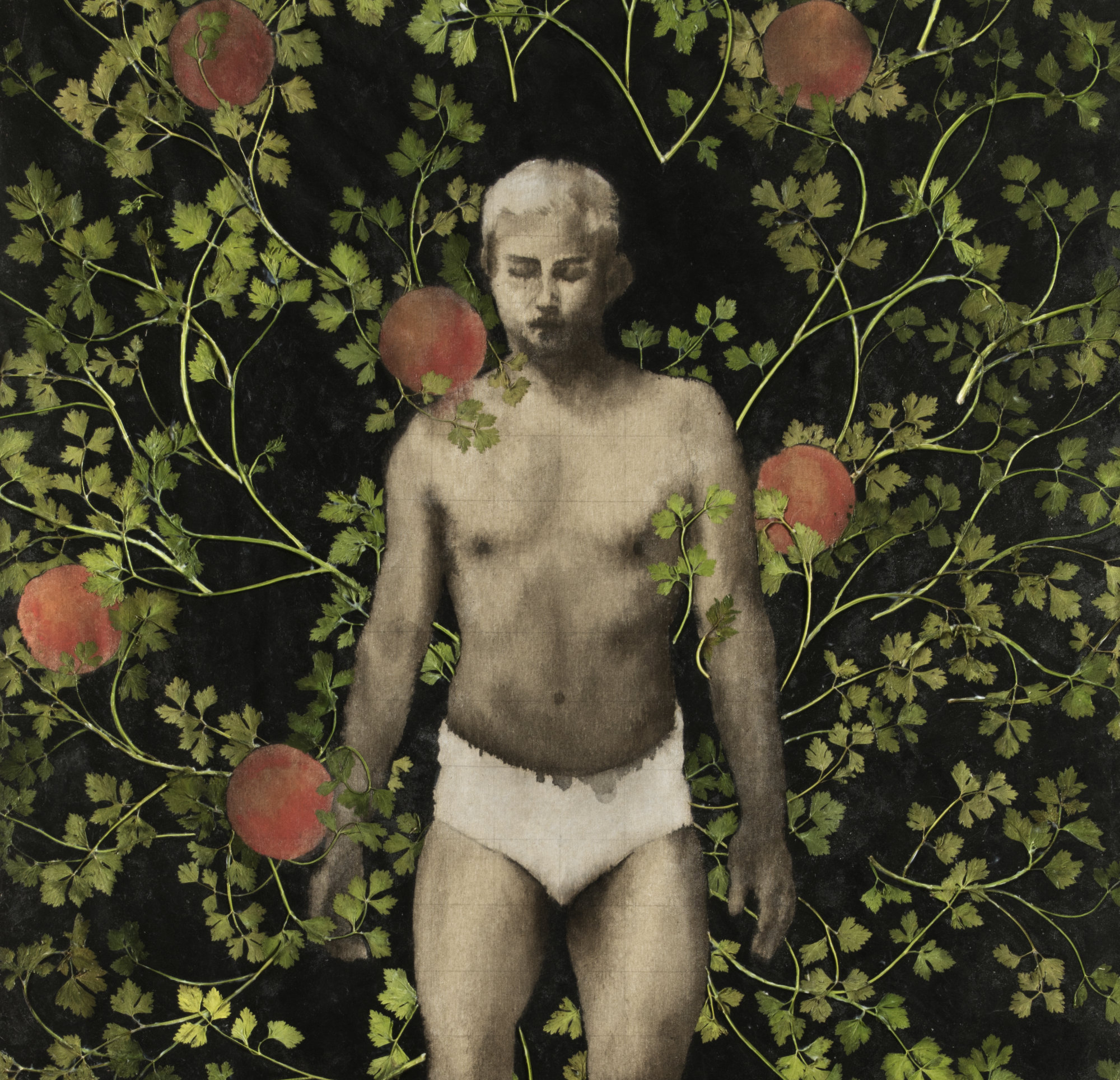 Xertu moved to Netherlands in 2004. After he graduated from the Rietveld Academy he developed his painterly visual language working within the performing arts, where he has worked both as a designer and created works that experimented with the medium of theater and dance. His scenic artworks have been shown in the Dutch pavilion of the Venice Biënnale and Museum Boijmans van Beuningen. In his pictorial work, Xertu combines the analogue and the digital; photographing models, painting them, using Photoshop to decide the composition of the surrounding nature, and meticulously gluing plants directly onto the canvas to create large scale paintings with stark compositions. Drawing from mythological references, he explores themes of time and aging incorporating the decay of real plants as elements of transformation, which can take several years to happen. He has been nominated for the Royal Award for Modern Painting 2019, and was awarded the Audience Prize.