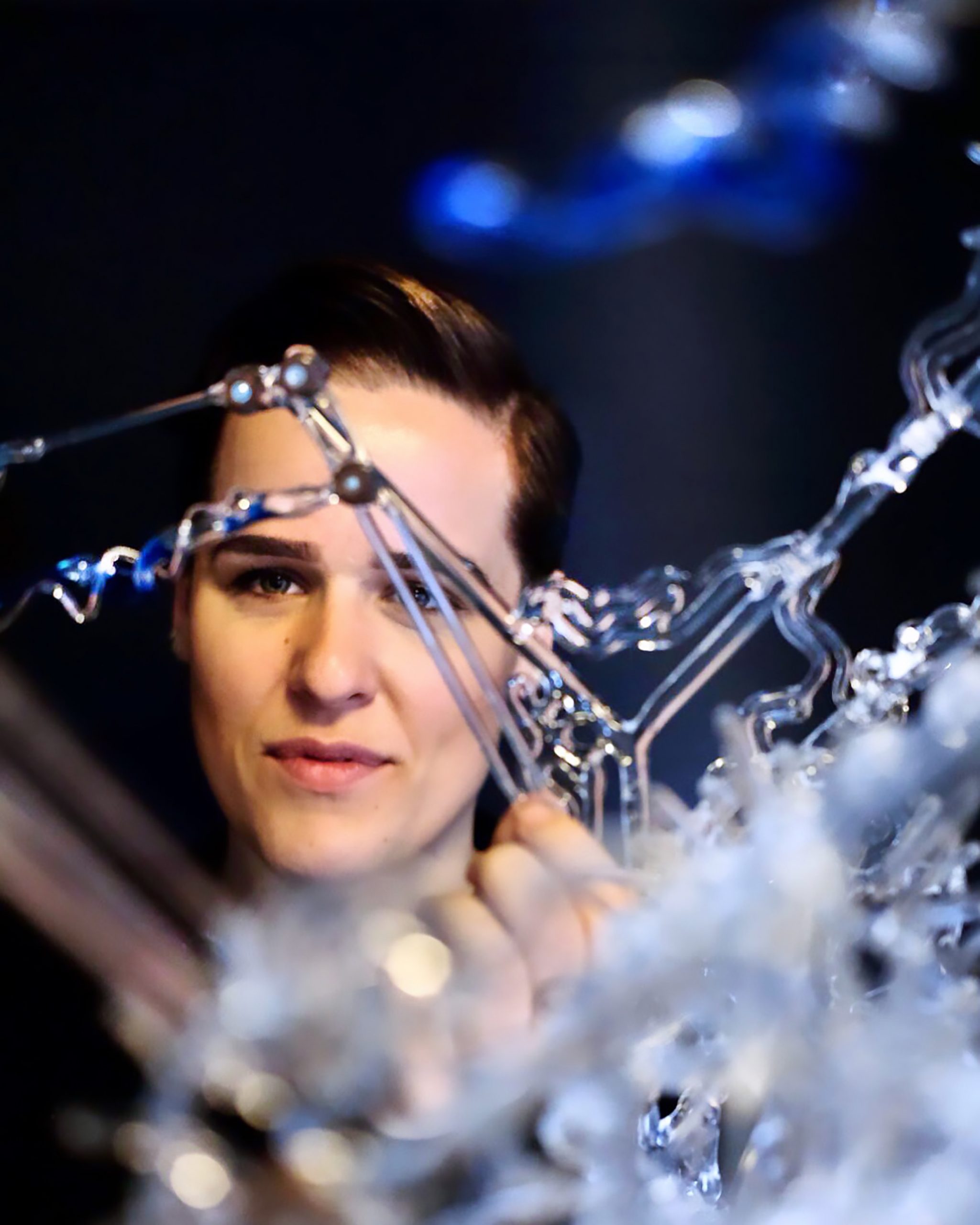 Jannetje Jeanine Verloop (Korendijk, The Netherlands, 1994) develops kinetic sculptures and multimedia work in which she combines her love for craft with a fascination for technology. During her Illustration education (2018) at the Willem de Kooning Academy in Rotterdam (The Netherlands) she was already interested in the technique of old printing and typewriters. Verloop delved into their mechanisms and biological principles of movement and made this the starting point for a number of kinetic printing installations.

Gradually, the machines themselves became more important than the prints they reproduced. During exhibitions Verloop experienced the fragility of her machinery. To emphasize and exaggerate that fragility Verloop independently started practicing Scientific Glassblowing. In 2020 she received the grant for Emerging Artists from the Mondriaan Fund and a start fund from Stimuleringsfonds Creatieve Industries Netherlands.